I worked in the Telecom industry in the mid 90’s and 2000’s. In the early 2000’s the President of the company I worked for declared “Legacy Voice” is dead. Mobile devices were the new "Voice" and the internet had recovered from the Dot com bomb of the late 90’s and was gathering steam with startups like Google and Facebook.

By the late 2000’s, Blackberry’s were all the rage. Their revolutionary keyboard made it extremely efficient to write and send short messages instantly which was an essential business productivity tool. President Obama famously used the term “Crackberry” when referring to his text messaging addiction. Blackberry's were the must have device in the wireless Mobility space.

​RIM's refusal to adapt to consumer demand was Blackberry's downfall. Rejecting the idea of camera's on phones (especially for Business people) and Apple's Iphone touch screen illustrated their arrogance, as some would say. But I digress.

Since its' mainstream adoption Email has been a fantastic communication tool. It is difficult to imagine life without email. Digitizing “letter” delivery was a massive productivity advancement for business and society as a whole. When email became ubiquitous in the late 90's Marketers saw huge potential for engagement and promotion.

Nearly 60 billion junk emails will be sent each day in the next 4 years.

Like most good ideas, the few ruined it for the rest of us. Email became a bastion for SPAM. While it has been getting better recently, SPAM remains a nuisance for consumers. Nearly 60 billion junk emails will be sent each day in the next 4 years. ISP's have been implementing stricter SPAM filters in an attempt to keep inboxes clean.

Digital Marketers need to understand how these filters work otherwise their messages are likely to end up in junk folders or even bounce. A 2019 study revealed that half of Marketers acknowledged that their email campaigns success rates were poor to average. The bottom line is Email Marketing was the wild west and still is today to a certain degree.

Technological advances always stimulate more efficient ways of doing things and Marketing is not immune. Modern advertising started with Print then Radio expanded the market and eventually TV finalized the advertising "trifecta" mix that lasted for many years. More recently, as we have all witnessed, Online Digital Advertising has Print advertising on life support and traditional TV & Radio not far behind. 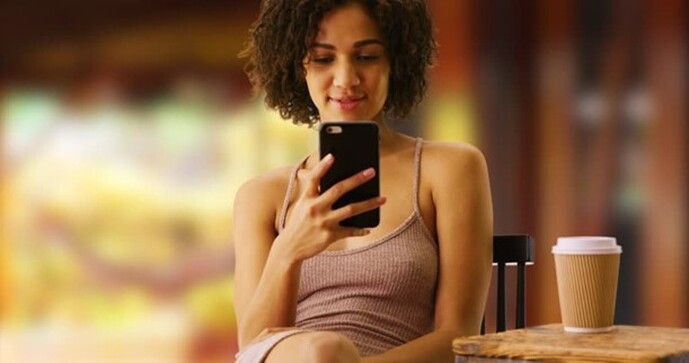 ​A recent development is Text Based Marketing. Messaging technology has been around for over 25 years and in 2010 Mark Zuckerberg declared that "High-school kids do not use email, they use SMS a lot." Texting is the most personal form of electronic information exchange between individuals. Wireless Carriers in the US and Canada have made tremendous efforts to ensure that Text Messaging remains personal and SPAM free.

It is cost effective too at pennies per message!

With 30% click-through rates and 10 times higher revenue per message than email, Text Based Marketing is a fantastic way for businesses to (EARR) Engage-Acquire-Retain-Reward customers. It is cost effective too at pennies per message!

Studies have shown that people keep their SMART phone within 5 feet 24 hours a day and they open their texts 98% of the time. Email has a less than 20% open rate. Email has a 6% read rate while Texting is 45%. People read their texts on average within 90 seconds upon receiving a message and emails within 90 minutes.

So is Email Marketing Dead or on life support where RIM's Blackberry's were in 2012? Time will tell, but Text Based Marketing is the clear winner as a direct messaging Digital Marketing channel.

​Finally, let's not forget those high-school kids Mark Zuckerberg referred to back in 2010 who are now in their late 20's and early 30's and are in the acquisition phase of life and have money to spend. One thing is crystal clear, Digital Marketers should absolutely consider Text Based Marketing as a compliment to their existing Digital Marketing Strategies!